Georgetown is an origination point for the historic C&O Canal, a National Park which runs 184.5 miles into Cumberland, MD. When ground broke in 1828, the Canal brought to life George Washington’s vision to open up the country to the west—connecting the port town to goods and materials that supported a local industrial economy unique to the region. 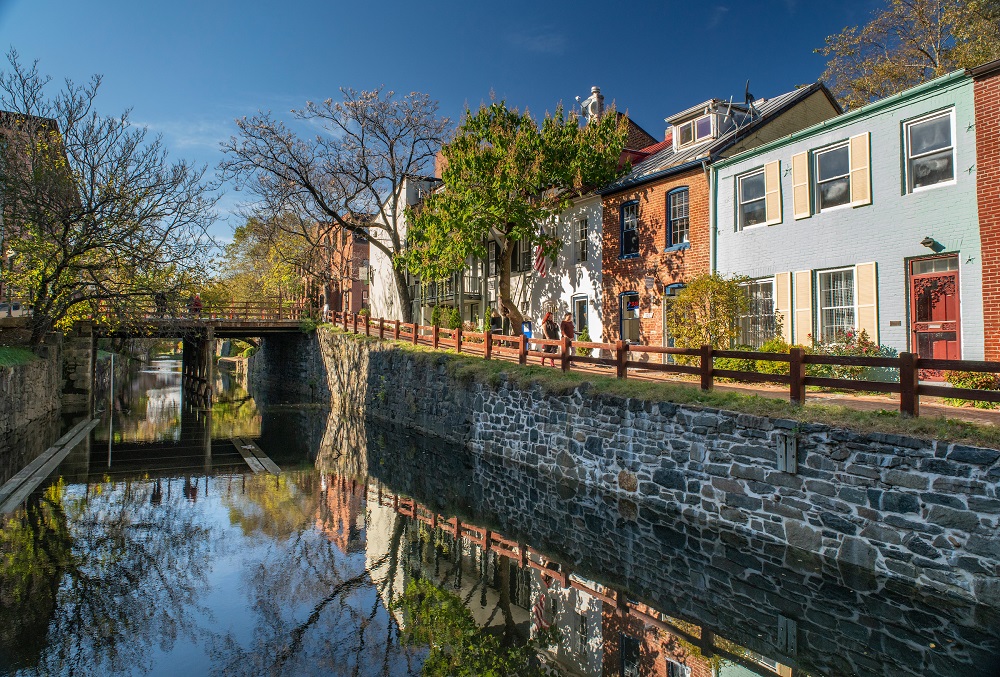 Today, the Canal Towpath is a popular spot for runners and cyclists, and provides an urban oasis unlike anything else in the city. New in 2022, Canal boat tours are back for the first time in more than a decade – part of a multi-year revitalization of the first mile of the Canal, led by Georgetown Heritage and the National Park Service, with support from the Georgetown BID and the District of Columbia Government.

African Americans have lived, worked, and worshipped in Georgetown since its founding—making up 30% to 40% of the residential population at one time. Discriminatory public housing policies such as The Alley Dwelling Elimination Act and The Old Georgetown Act, as well as gentrification—before the latter had a name—largely pushed out much of the community from the 1930s to 1950s, but their history remains.

Follow the African American Heritage Trail to see the institutions and homes of Herring Hill, a 15-block area of eastern-most Georgetown that was a home for families migrating to Washington after the Civil War. Other points of interest include the site of freed slave and Georgetown resident Yarrow Mamout’s home, the Mount Zion / Female Union Band Society Cemetery, and the Rose Park tennis courts—dedicated to the star Peters sisters. 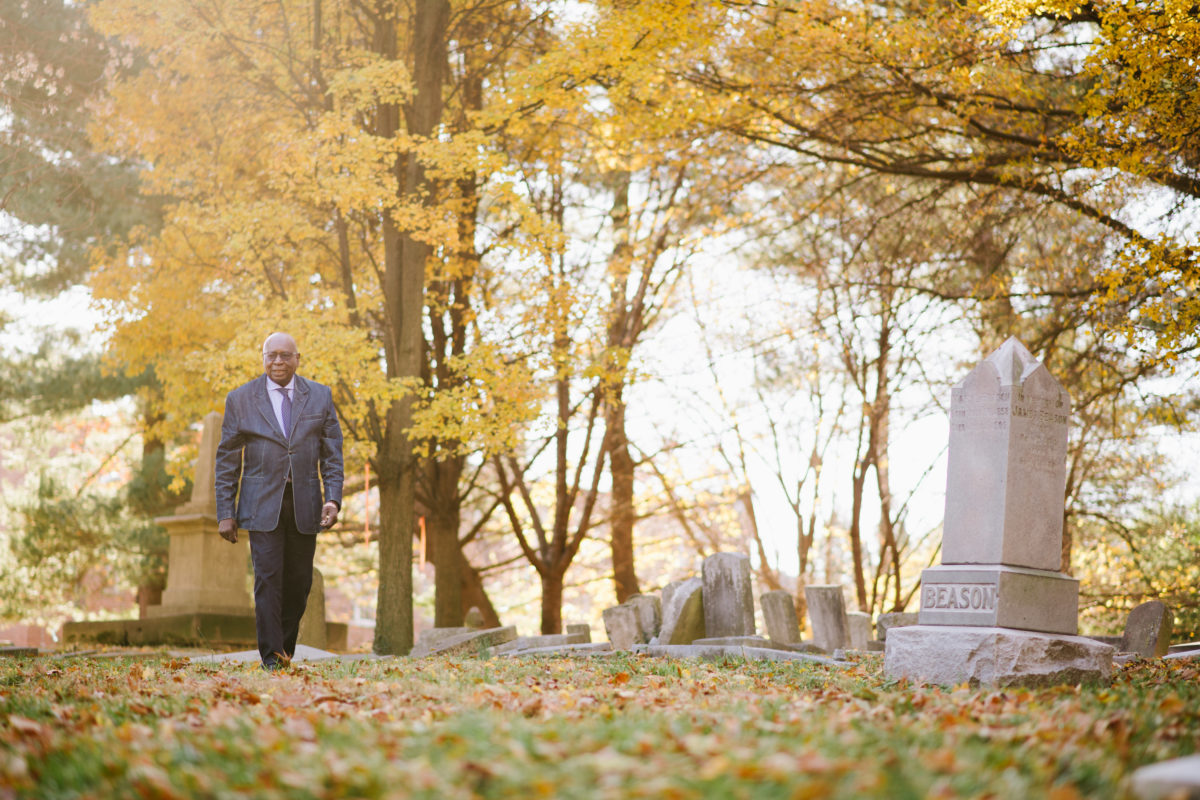 Through interviews with members of the Georgetown African American community, some of whom still reside in the neighborhood, the documentary pays tribute to their history amid drastic change, and complements the book Black Georgetown Remembered, originally published in 1991.

Georgetown is renowned for federalist architecture, historic brick and frame row houses, cobblestone streets, and grand estates dating back as early as the mid-1700s. Visit these historic places, many of which offer guided tours. 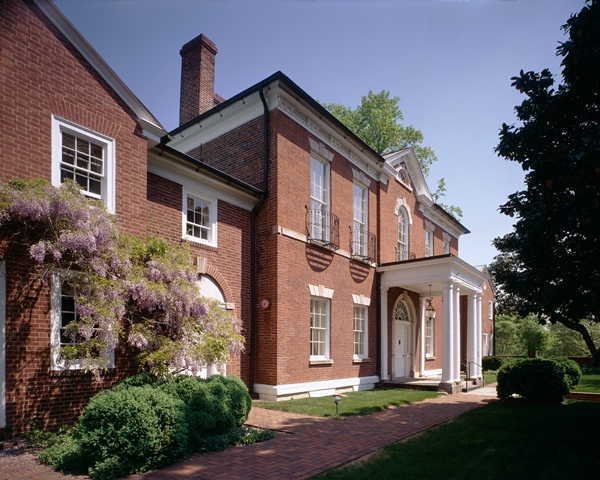 A Georgetown landmark for nearly two centuries, the Federal period house showcases household furnishings, art, and décor from the early years of the republic. 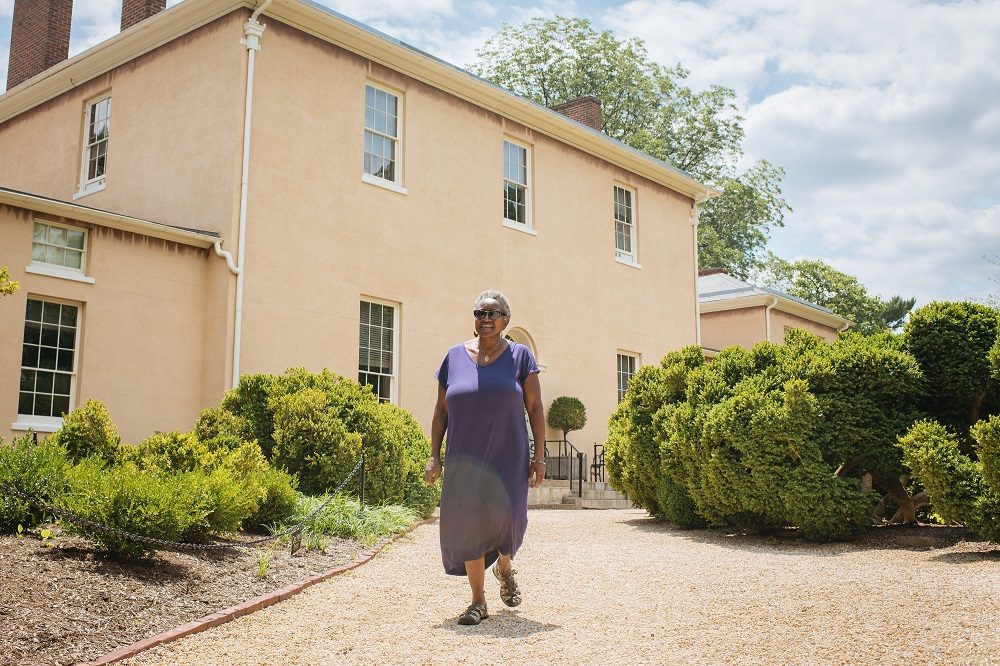 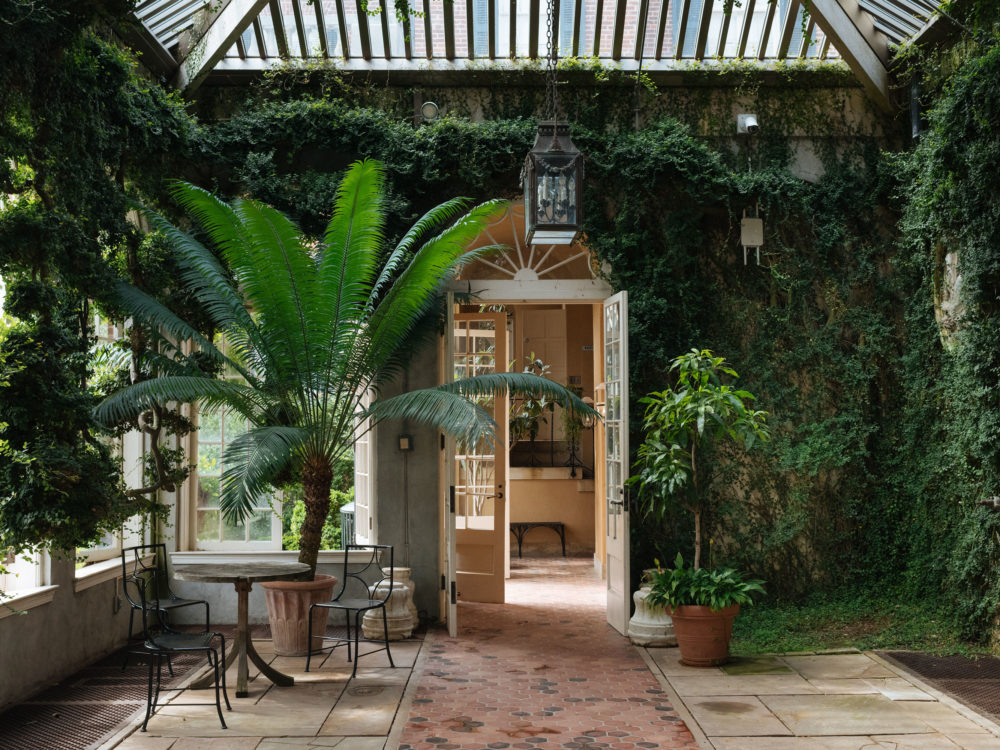 Built in 1801, the Federal-style house features the former owners’ Byzantine and Pre-Columbian art collections. Former U.S. Vice President John C. Calhoun once lived there, and the United Nations charter was outlined there in 1944. The property contains 10-acres of trees, including Washington’s famed cherry blossoms, as well as flowers and ornamental garden fixtures. 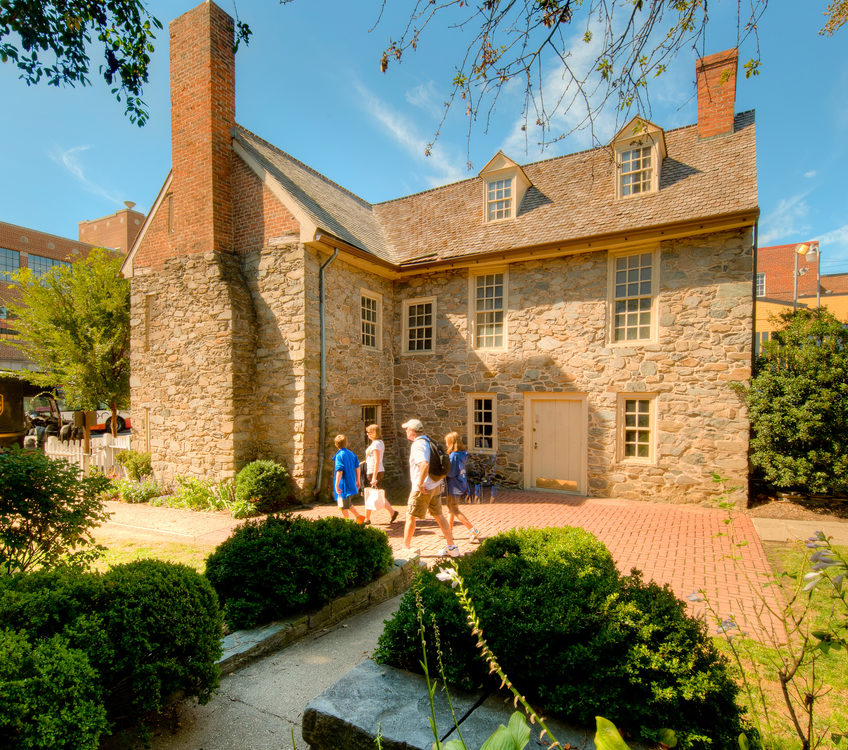 The oldest standing building in Washington, established in 1765, is an example of vernacular architecture. It was built using locally available resources and renovated by the National Park Service in the 1950s. 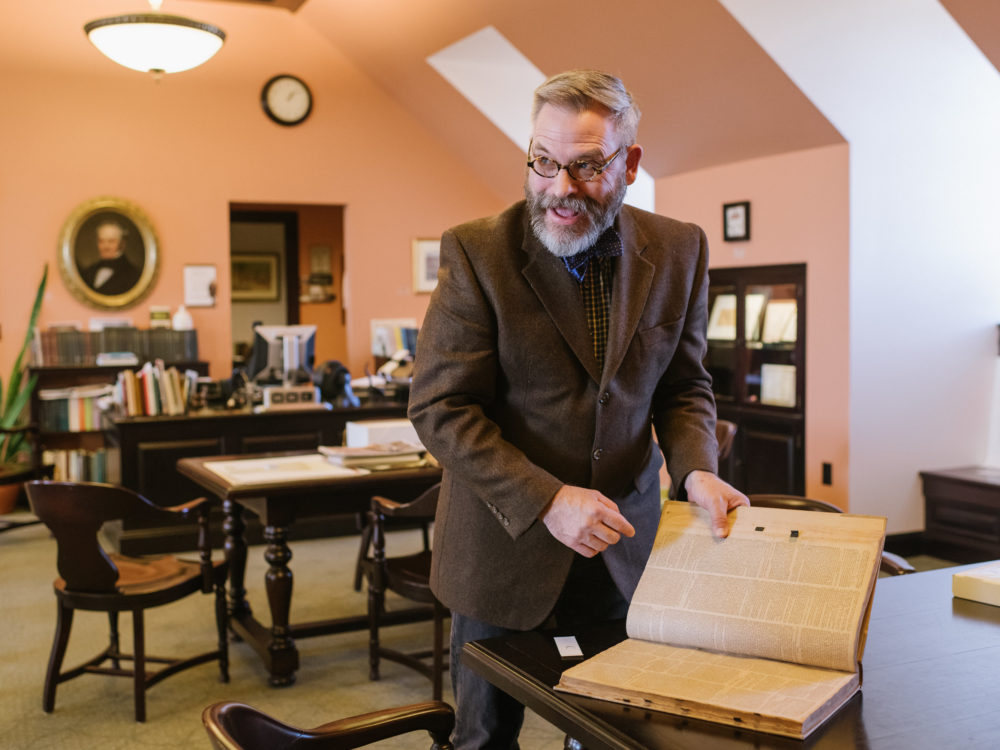 The Peabody Room of the Georgetown Public Library

The Peabody Room is a special collection of Georgetown neighborhood history, with Special Collections Librarian and Archivist Jerry McCoy at the helm. In many ways a virtual tour of Georgetown, it includes photographs, maps, neighborhood microfilmed newspapers, paintings, engravings and artifacts that document various aspects of Georgetown life–plus a house history file for nearly every home in Georgetown. 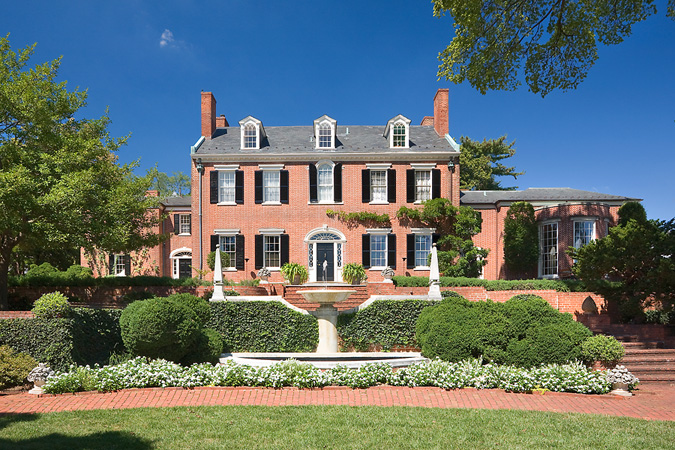 This Federal-style home was built beginning in 1787 by the first Secretary of the Navy, Benjamin Stoddert. Its gardens were designed by Pierre L’Enfant, and in the early 19th century, Halcyon House was the center of much of DC’s social life. After a succession of owners, it was sold to Albert Clemens, a nephew of Mark Twain, in 1900. Georgetown University bought the property in 1961 and used it as a dorm. Now on the National Register of Historic Places, the house serves as the headquarters for Halcyon, a non-profit with a mission to catalyze emerging creatives striving for a better world.

From U.S. presidents to America’s favorite French chef, Georgetown has been home to a who’s who in politics and pop culture. 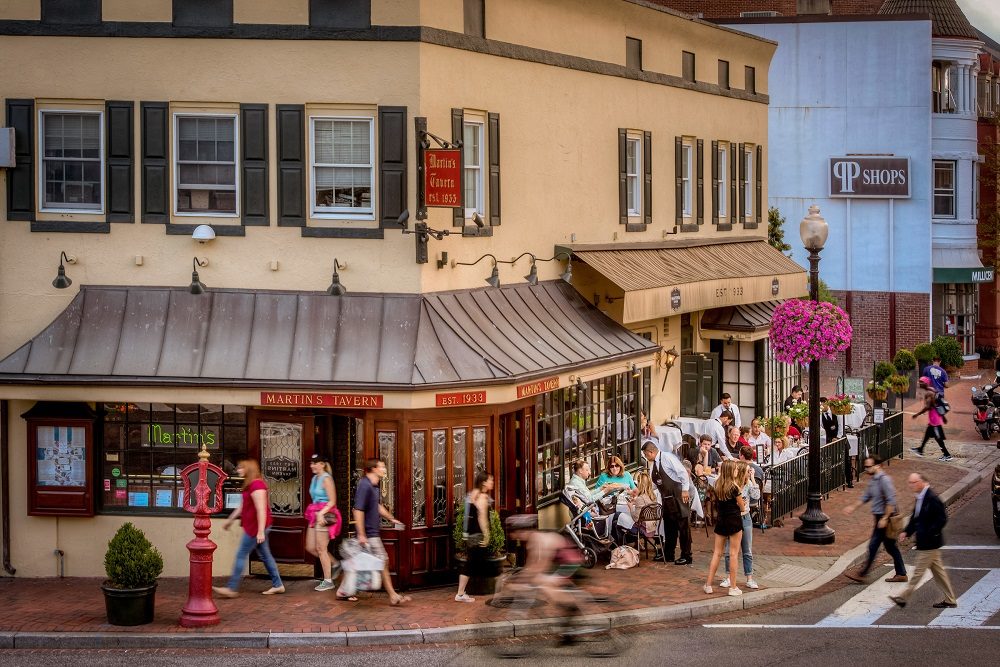 Arguably our most famous residents, John F. and Jacqueline Kennedy spent their happiest and most tragic times in Georgetown. Retrace the memories of one of America’s most iconic couples—from the ‘proposal booth’ where they got engaged, to their first home as a couple. 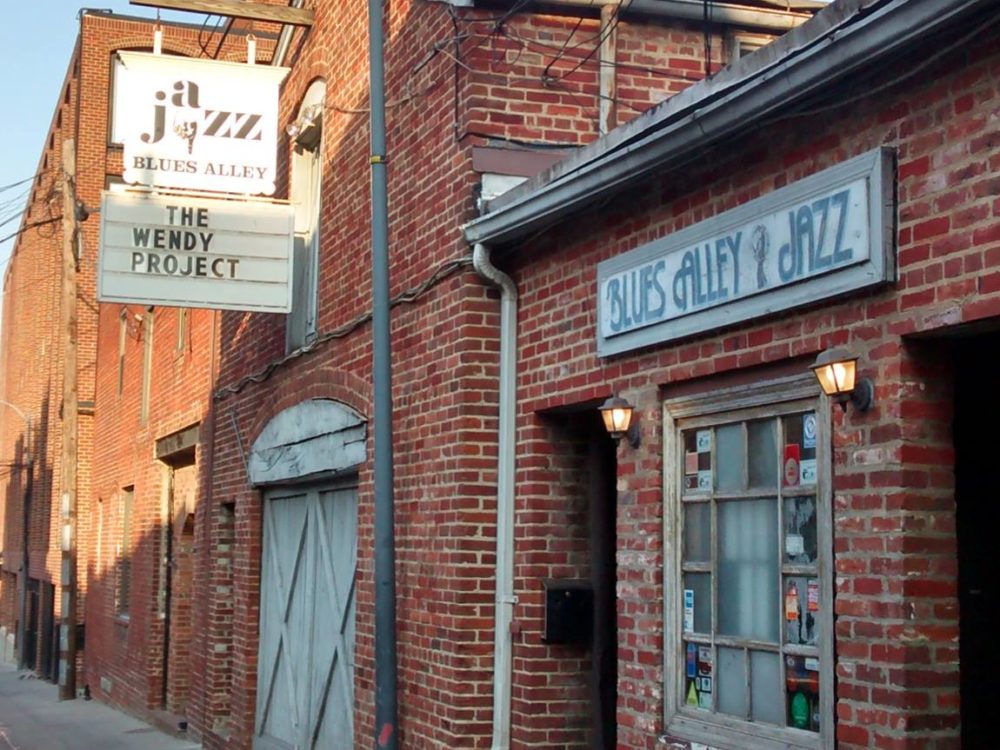 Blues Alley, the oldest, continuously-operated jazz supper club in America, is both a locally recognized landmark and an international jazz icon. The venue has hosted every major jazz artist from Ella Fitzgerald to Count Basie, Dizzy Gillespie, Tony Bennett and Wynton Marsalis.

Meet the Man Behind Blues Alley 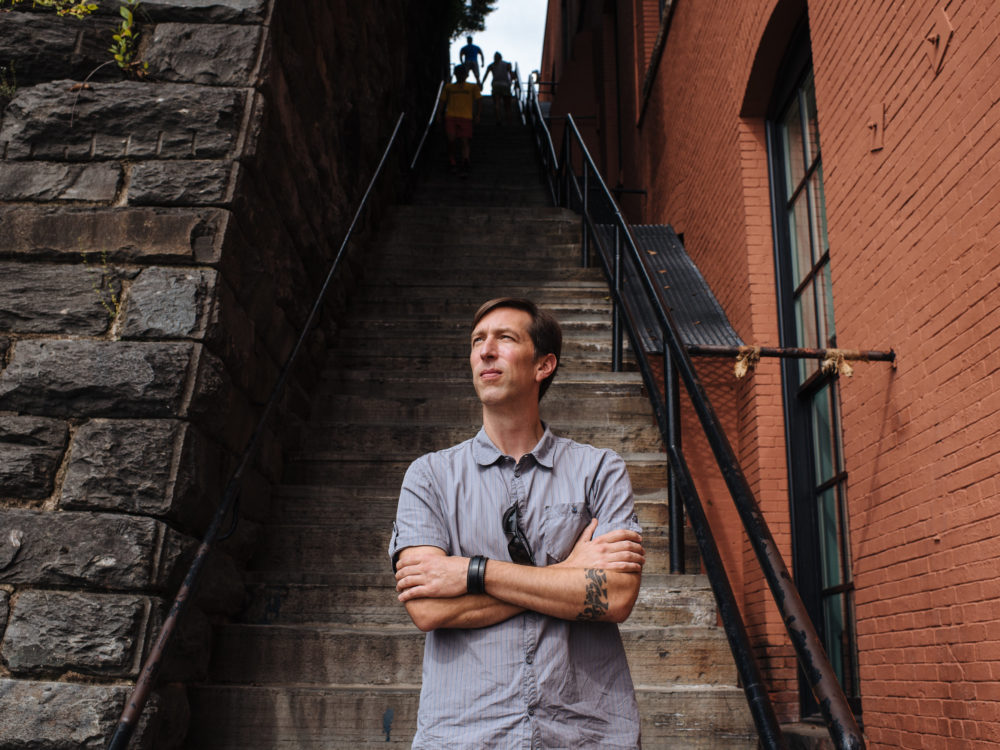 Movie buffs will recognize the iconic Exorcist stairs (pea soup, anyone?), the restaurant featured in St. Elmo’s Fire, and the Wisconsin Avenue backdrop for Wonder Woman 1984.

Georgetown is home to world-renowned Georgetown University—the oldest Catholic and Jesuit university in the country that dates back to 1789—a 15-minute walk to The George Washington University, bringing a combined student population of more than 45,000 to the area.

To learn more about Georgetown history, visit the Georgetown Library’s Peabody Room, which houses historical and current materials related to the history, culture and economy of Georgetown. 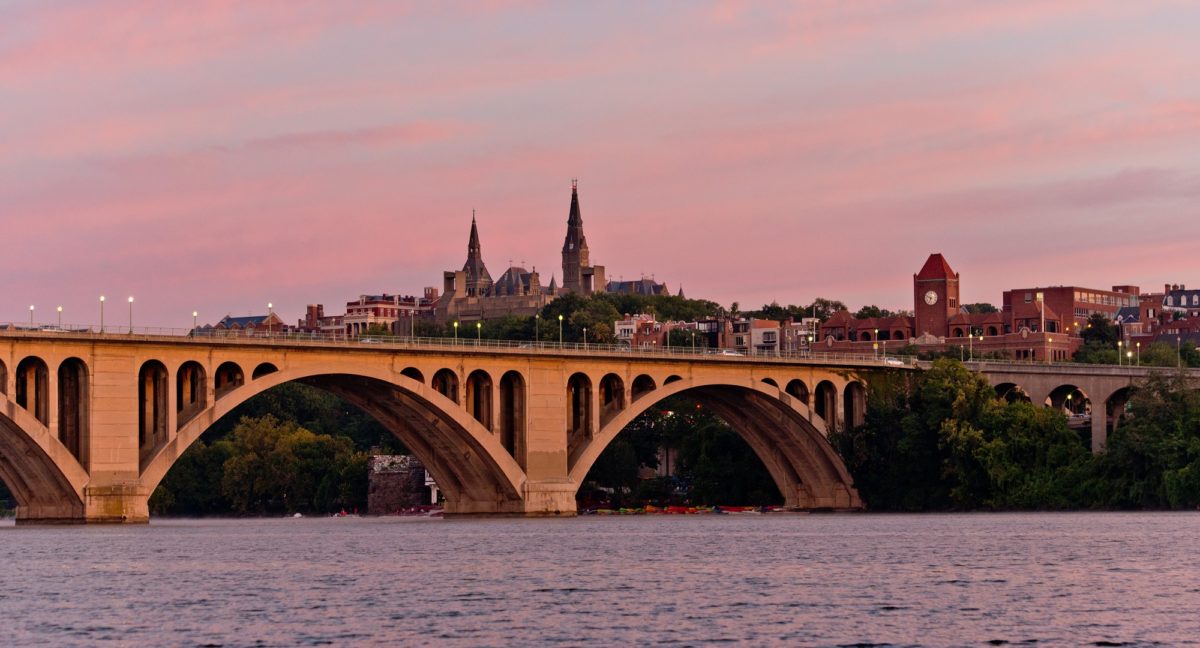 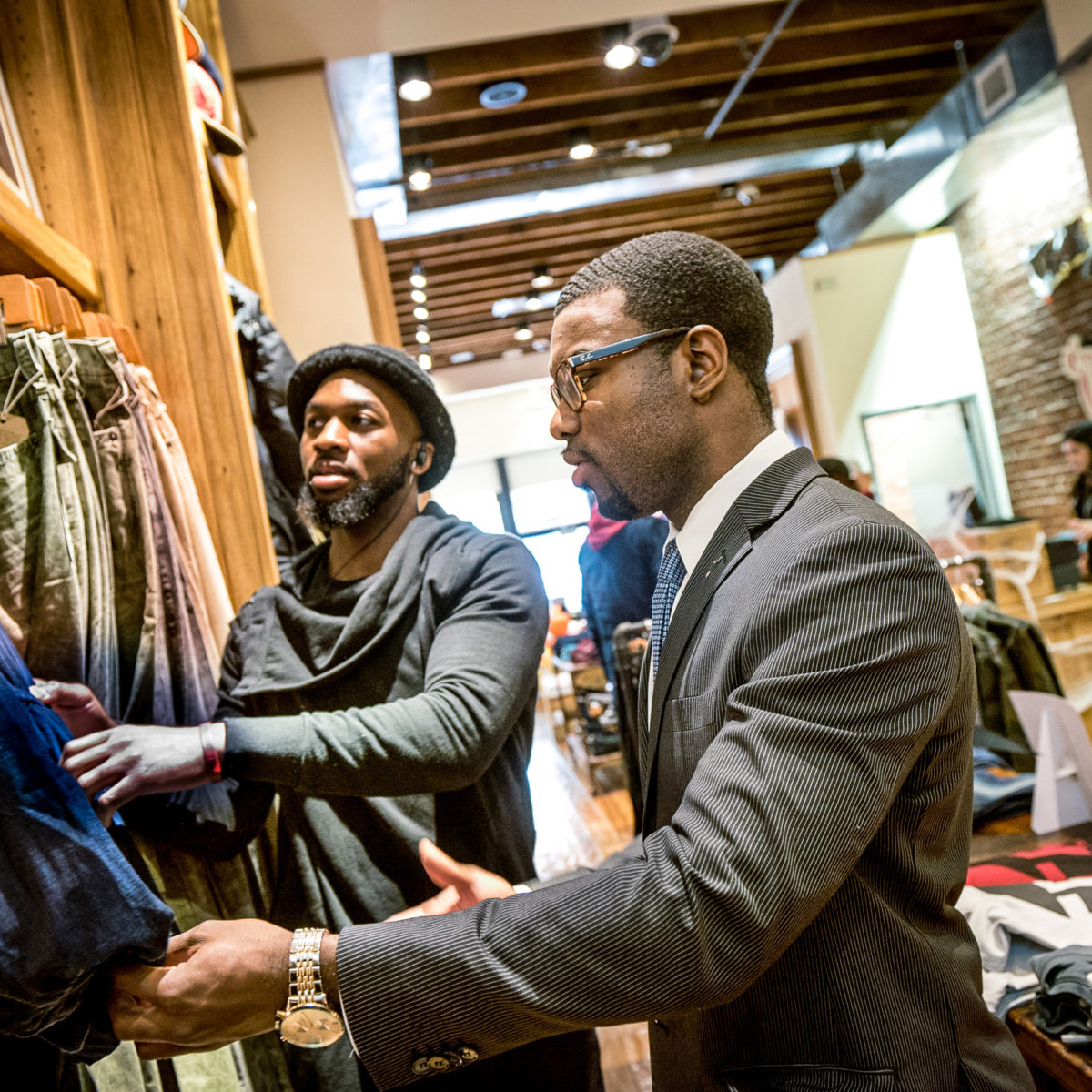 Georgetown In the News 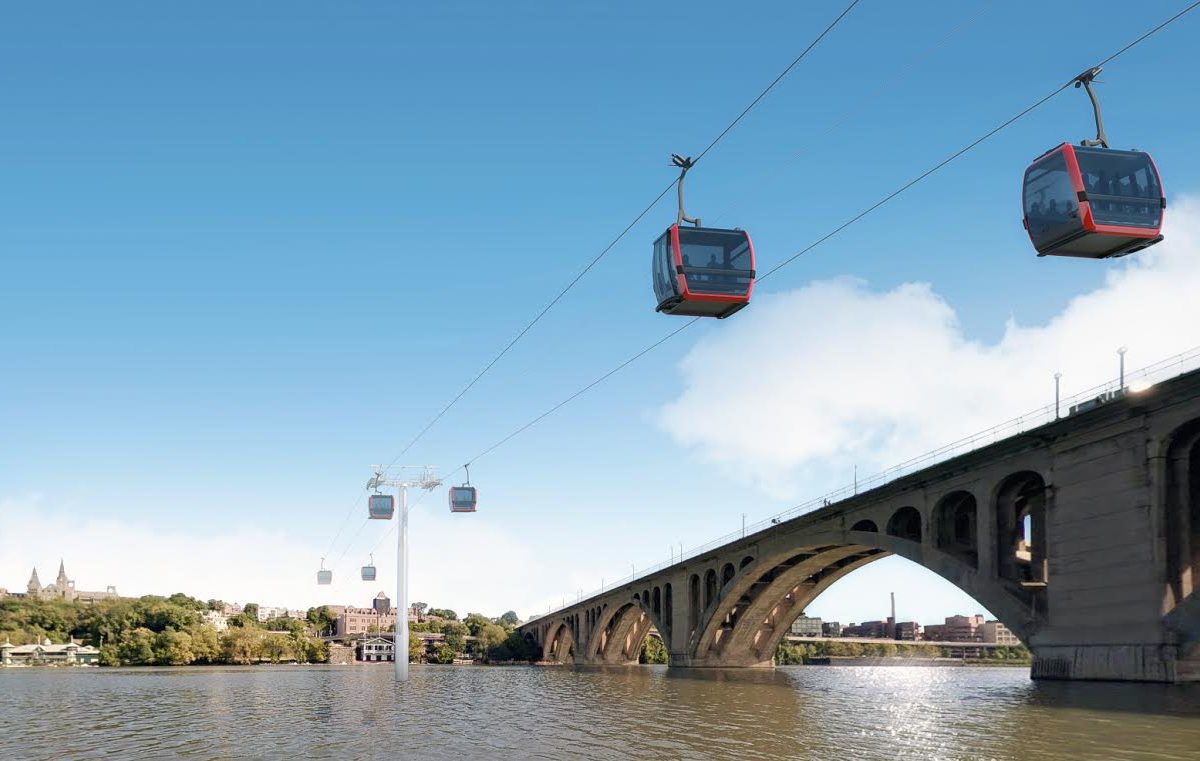 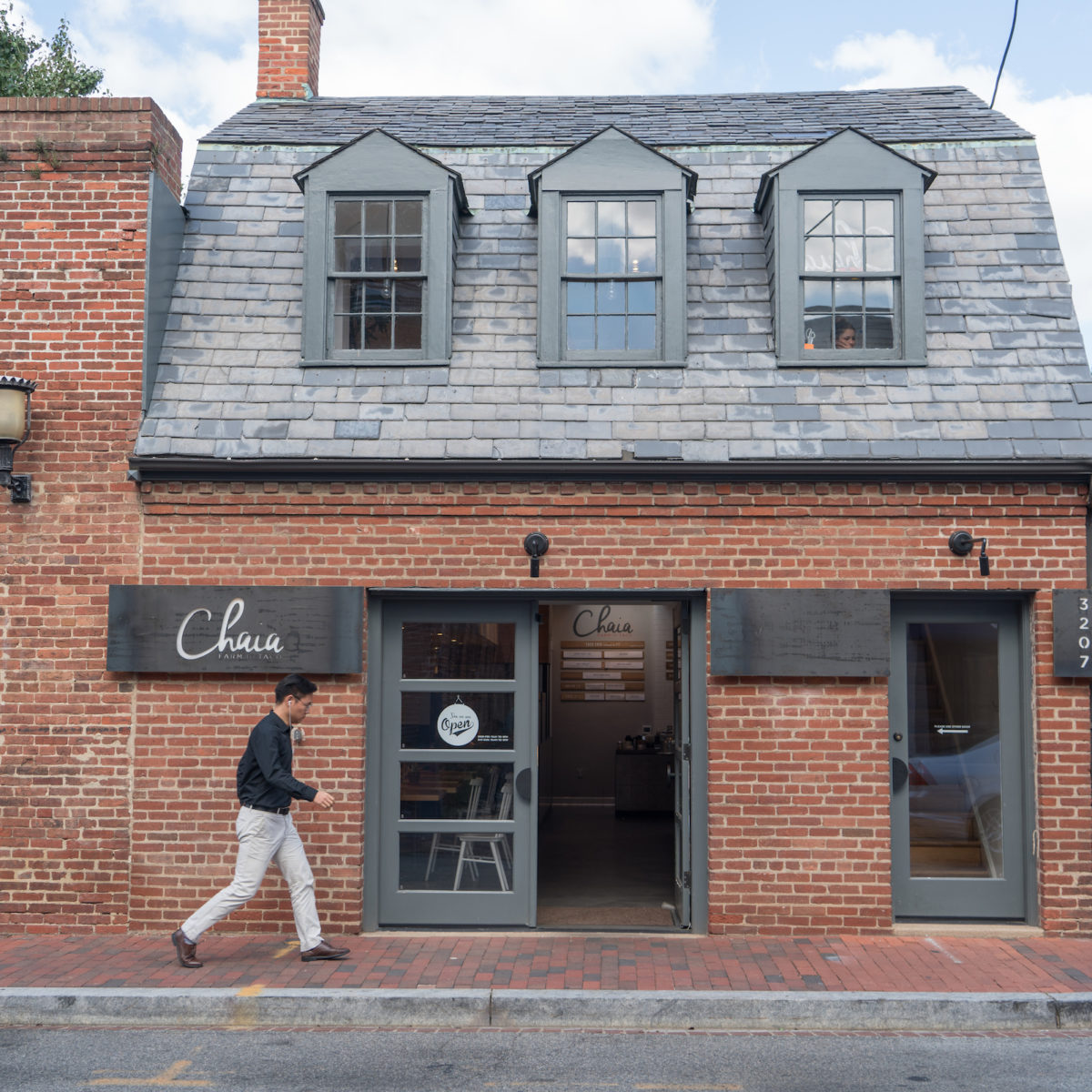