Profs and Pints presents: “What Drives Dictators,” with Dean Haycock, neurobiologist, former instructor at Brown University, and author of both Tyrannical Minds and Murderous Minds.

Getting “inside the heads” of foreign leaders through psychological profiling is one way that governments try to understand, predict, and influence such leaders’ actions. The task can be especially urgent if those leaders are tyrants who threaten other countries or their nation’s own citizens.

Come hear the psychological profile of such leaders discussed by Dean Haycock, who researched the minds of such leaders for his book Tyrannical Minds: Narcissism, Personality, and Dictatorship and previously wrote Murderous Minds, Exploring the Criminal Psychopathic Brain: Neurological Imaging and the Manifestation of Evil.

In looking at what factors help explain tyrants’ behavior, Haycock will explain how first they must be born with the potential to develop brutal personality traits. Often, these traits are combined in “The Dark Triad” of malignant narcissism, Machiavellianism and psychopathy, with, thrown into the mix, elements of paranoia and an extraordinary ambition to achieve control over others. Second, their predisposition to antisocial behavior must be developed and strengthened during childhood. They might suffer physical or psychological abuse or grow up in trying times. Finally, they must come of age when the political systems of their countries are unstable.

Together, these events establish the basis for a rise to power, one that Stalin, Hitler, Mao Zedong, Saddam Hussein, and Muammar Qaddafi all used to gain life-and-death control over their countrymen and women. As strongmen and authoritarian leaders around the world increase in number, understanding the most extreme examples of tyrannical behavior should serve as a warning to anyone indifferent to the threats posed by political extremism both domestic and foreign. 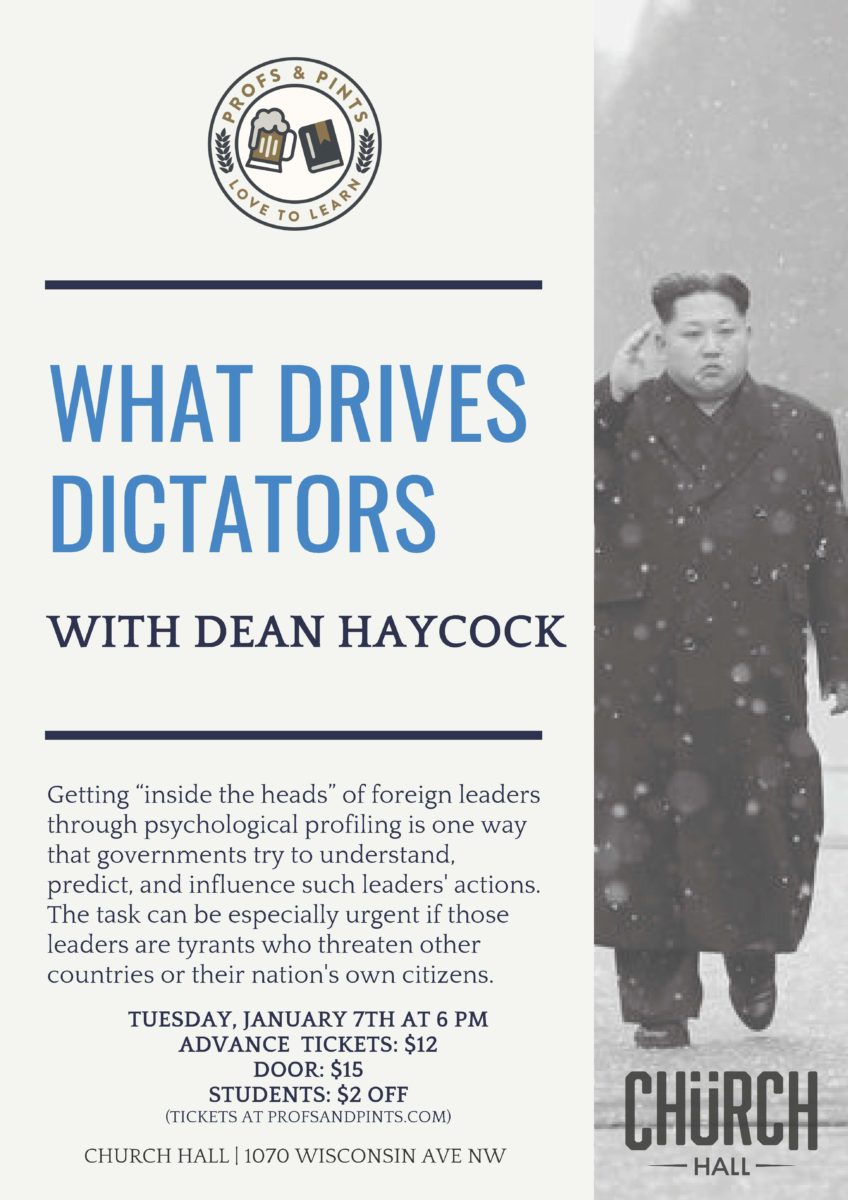 Drink, Food
Back to Calendar