Picnic Theatre Company returns to Dumbarton House garden with The Manchurian Candidate! The Manchurian Candidate is a neo-noir, psychological thriller about the infiltration of the American political system by Russian agents during the Cold War. Released in 1962 at the height of US-Soviet tensions during the Cuban Missile crisis, it is described as “a classic blend of satire and political thriller that was uncomfortably prescient in its own time and remains distressingly relevant today.” In this stage adaptation, a decorated U.S. Army sergeant returns from the Korean War to the frenzy of the McCarthy era in Washington DC, suffused with witch-hunting and anti-Communist paranoia, as counterintelligence agents seeks to unravel an international conspiracy aimed at the heart of American democracy. 6pm picnic with 7pm show.

Picnic Theater Company is made up of Washington D.C. professionals with a love of the stage. They perform twice a year to support cultural institutions in the D.C. area. Dumbarton House is proud to host Picnic Theater Company performances which benefit our educational mission. Refreshments and concessions will be available for sale. Picnics encouraged- no glass and no tables will be permitted. NO OUTSIDE ALCOHOL. Wine and beer will be available for purchase. Blankets encouraged. Low chairs only- those in taller chairs will be moved to the edge or back of viewing area to ensure everyone has an unobstructed view. Seating is first come, first served. No dogs (service animals allowed). No smoking. Seating for ticketholders cannot be guaranteed 15 mins after the start of the show. Tickets are non-refundable. If you are no longer able to attend, thank you for supporting Dumbarton House. 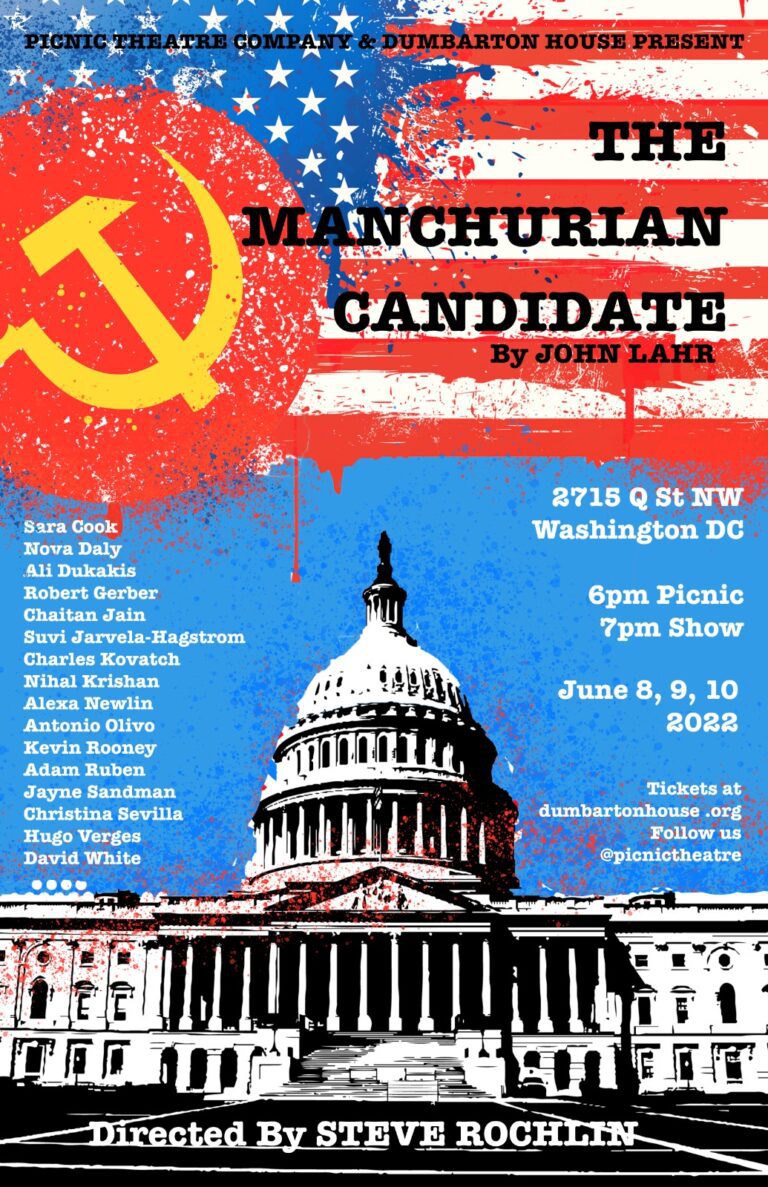 Community, Entertainment
Back to Calendar