Come join renowned music historians David & Ginger Hildebrand for a concert of special period music on Thursday, September 23rd at the City Tavern Club in Georgetown, starting at 6:00 P.M. The event is complimentary, we only ask for a donation to the City Tavern Preservation Foundation, a non-profit created to preserve and steward the City Tavern, the last remaining Federal tavern in Washington, DC, through education and promotion of its history and significance to the public. Tickets may be secured through EventBrite or City Tavern Club’s web site. David & Ginger will don period attire to perform music heard in American taverns, like the City Tavern, in the late 18th and early 19th century. Selections will include American patriotic songs, ballads, dance tunes and theater songs as heard by some of the City Tavern’s most famous guests: George Washington, Thomas Jefferson, John Adams and Francis Scott Key. The Hildebrands will explain and demonstrate their instruments, including the harpsichord, hammered dulcimer, violin, and Spanish & English guitars — interpreting various musical traditions, featuring both the formal and less refined aspects of music in early America. David & Ginger specialize in researching, recording, and performing early American music. Since 1980 they have presented concerts and educational programs throughout the country and abroad at museums, historic sites, schools and universities. Mount Vernon, The National Gallery of Art, The National Archives, and Colonial Williamsburg are among their many past sponsors. This will be an evening that you will long remember. Make your reservations today and come hear the Music of the Tavern! 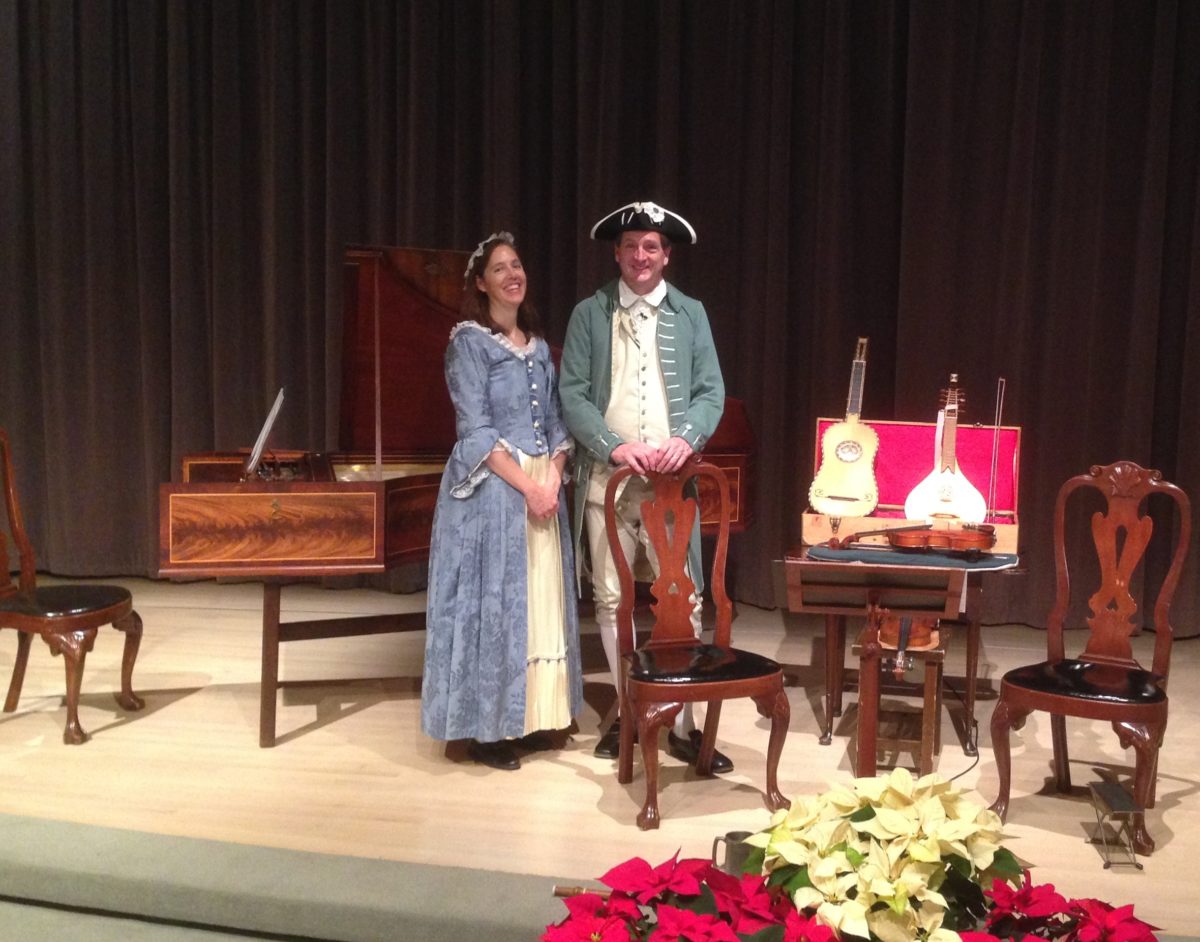 History, Music
Back to Calendar